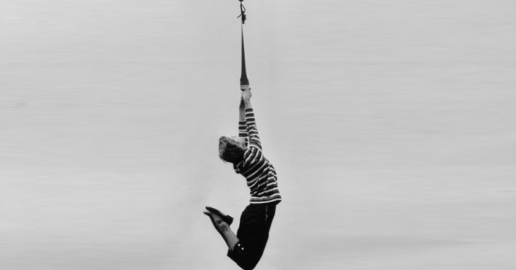 A modifier is a word or a clause that modifies something. That is, it adds value to something, usually a noun/ subject. For example:

“The fastest growing country in the world (modifier), India is facing huge challenges.”

The modifier modifies the noun “India”. If the modifier is wrongly placed and does not refer to anything, it’s called a dangling modifier. (Dangling refers to hanging in the air. There’s no ground beneath.)

“The fastest growing country in the world, huge challenges being faced.”

The modifier does not refer to any noun. Certainly, “The fastest …… world” can not modify “huge challenges”.

“Running along the road (modifier), I noticed that the houses were beautiful.“

Here’s a sentence from a wonderful WordPress post by Sara.

“After separating the students into groups (dangling modifier), Sample A was tested.”

Can ‘Sample A’ separate the students into groups? Certainly not. On the other hand, a researcher can. Here’s a correct version.

“After separating the students into groups, the researcher tested Sample A.”

Go through Sara’s post. It will make things more than crystal clear.

Here’s another sentence using modifier: Cambridge Analytica, the analytics and marketing form that worked for the Trump Presidential campaign in 2016 (modifier), has expelled its CEO.

The modifier in the sentence above gives information about Cambridge Analytica.