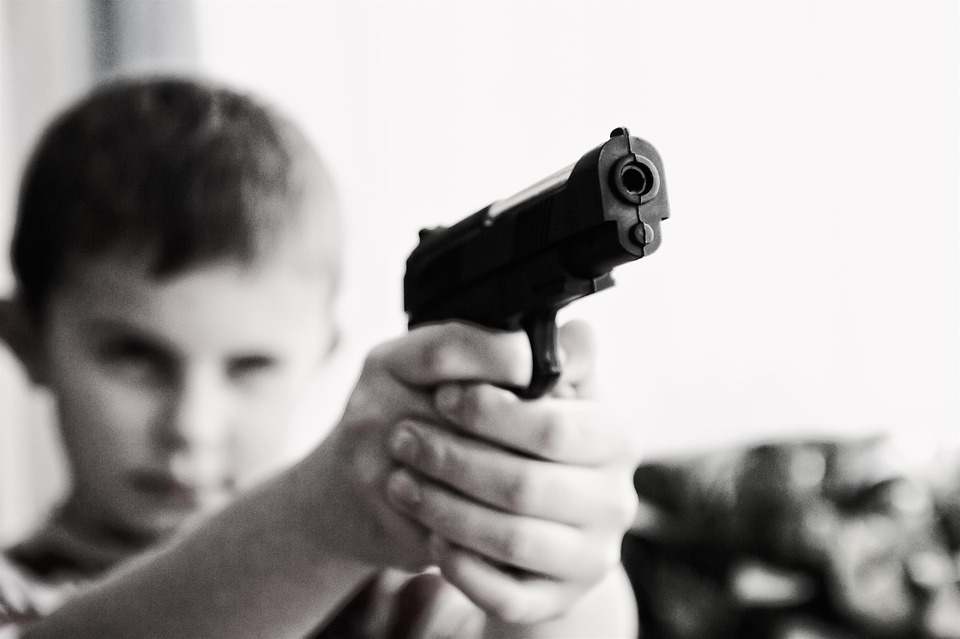 The violence portrayed on T.V and in the movies leads to an increase in crime in our society. People who watch violent movies are more likely to become criminals. Do you agree or disagree?

Introduction: (Introduce the topic along with your OPINION and MENTION the reasons supporting your opinion. EXPLAIN these reasons in body paragraphs)

Media, particularly television, plays an important role in shaping human behavior. We tend to emulate the television serials and movies we watch. I strongly believe that watching violence on television influences many people to commit crimes. Aggression on the screen not only psychologically influences us to act illegally but also glamorizes criminals and creates a perception that one can get away with unlawful activities.

Research has proven that movies with extreme violence can negatively shape the tender minds of youngsters and increase their tendency to commit crimes. Children, often boys, easily get influenced from scenes with guns and explosions. This gradually makes them violent towards family and friends, and in extreme aggression and fit of rage, they commit crimes.

Media often glamorizes criminals and create a perception that criminals lead a luxurious life. In a materialistic world where glitter of latest designs and gadgets is unresistible, people tend to commit illegal acts with perception that such actions will make them rich. They fail to understand that this is far from reality.

Many violent movies also project criminals as winners and the law as a loser. They create an image that a criminal can escape the clutches of law using the power of ill-gotten wealth. People fail to understand that movies are merely a fiction and not the truth. Hollywood movies such as Wolf of the Wall Street tend to strengthen this false perception.

Please feel free to ask any questions in the comments section.

Here is a student’s essay on this topic along with corrections. Let us learn from each other’s mistakes.