The line graph below shows the number of serious crimes that occured in London between 2003 and 2012. 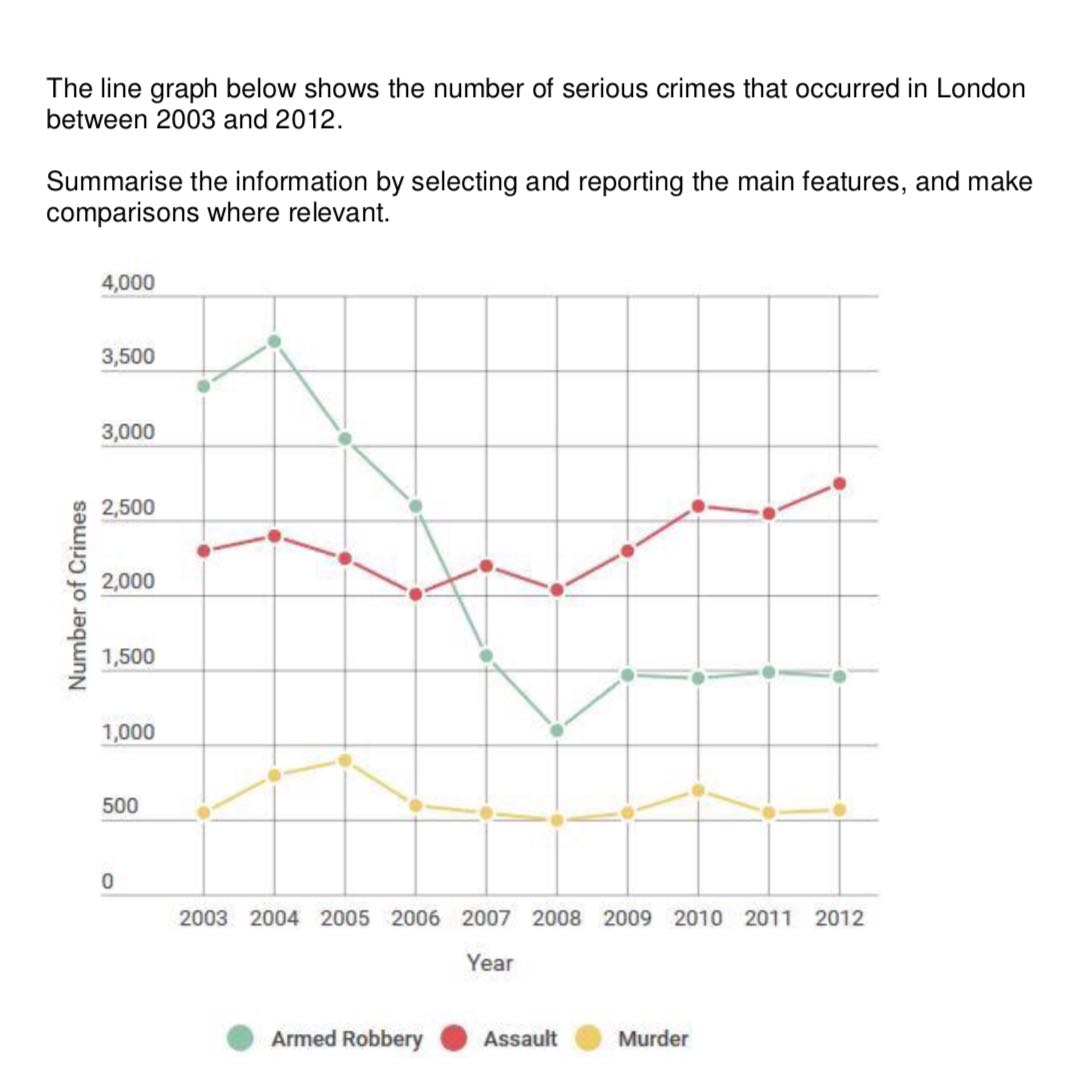 The given line diagram presents information about the incidence of armed robberies, assaults, and murders in London from 2003 to 2012. Overall, the number of armed robberies decreased significantly and the figures for assaults increased moderately over the ten years duration. The statistics for murders almost remained constant.

While at the beginning of the duration the number of armed robbery cases was the highest among the three categories of crimes, in 2012 the number of assault cases dominated.