The pie charts and table give information about the total value and source of fish imported to the United States between 1988 and 2000.

Summarise the information by selecting and reporting the main features and make comparisons where relevant. 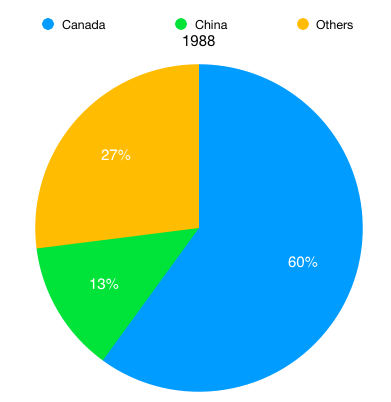 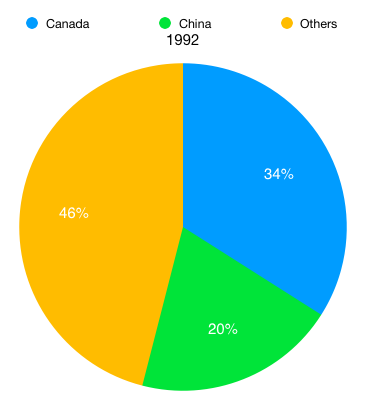 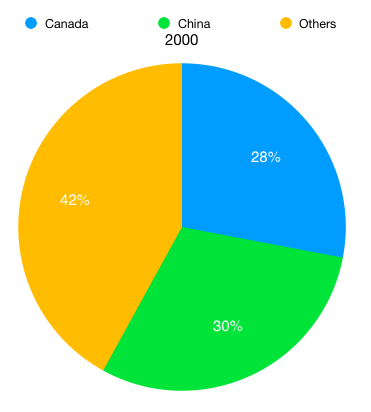 Please read the sample answer to this question HERE.

The table and the pie charts compare the money spent on importing fish and the  percentage of fish imported from three  sources to the US in  1988, 1992, and 2002. (Wrong word choice: RATE refers to the speed at which something changes. This is very different from percentage.) (Sources is a better word than countries since others is not a country.)

Over the period given (1), it is noticeable that the total value of fish import increased steadily and the proportion of US imports from China and Canada rose overall (2), whereas the percentage of that from others decreased. (Wrong. This, in fact, first increased and then decreased.)

The figure for US fish imports stood at 6.57 billion dollars in 1988. This figure steadily increased by around  4 billion dollars until 2000. Looking into the source of fish imports, in 1988, the highest percentage of the fish import relied (Percentage can’t rely on China) on China, at 60%, compared to 27% of Canada and 13% of China, (Respectively is used in this case: 60%, 27% and 13% for Canada, China, and others respectively.) (Wrong data reading) , (There is no contrast. This is used only when you’re giving an opposite statement. There is no opposite statement here.) the  share of China in 1992 approximately halved that of 1988 while the figure for other two countries rose by about 20% and 7%  (FIGURE is a neutral word and it can be used in any case. However, the more appropriate word is SHARE. The former will not reduce your score, but the latter can INCREASE your score. Use the most appropriate words.)

In 1988, US imported 60 percent of its fish from Canada followed by 27 percent from China and 13 percent from others. By 1992, the share of Canada shrunk approximately by half and that of China and Others increased by 7 percent and 20 percent respectively.

You need to learn the right sentence structuring for task 1. Please observe the manner in which I’ve constructed the sentences above. Read my sample answer for greater clarity.

Watch the video to understand how this sentence should have been constructed.